Narendra Modi is the King of Politics as well as the King of Digital Marketing. He is among the top leaders of the world who are highly active on social media platforms. Narendra Modi knows the strategy of marketing digitally as a politician, he knows if his works will not be known by the people of India, how and why they would elect him as a prime minister.

This is the top reason you will see him campaigning for his party BJP and his ideology of promoting his work is excellent. A few days before ISRO (Indian space research organization) mission of Chandrayaan 2 consisted, when the lander and rover were closed to the south pole of the moon. Narendra Modi was all the time there and took part in the history-making.

Now by his Gesture, He was very much praised by the people of India, He is a kind of Digital political that he involves himself in every social work of India and especially target the youths as the most of the population is of the younger generation.

According to the IndiaTimes, Bhartiya Janta Party (BJP) was emerged to be the single largest spender on political ads on Google, Facebook and other social platforms in 2019 elections by spending Rs 20 crore upwards from its official BJP account.

Bharat Ke Mann Ki Baat, My First Vote for Modi and Nation with NaMo were the accounts that were the other top spenders on Facebook

The total political ad spent was about Rs 27 crore on Google, Youtube, Social media platforms and google partner properties from which 60% of the ads were paid by the BJP, 500% more than the main political party in the opposition, the Indian National Congress which spent about Rs 2.7 crore.

Both Google and Facebook bought ads transparency tools in India just before the general elections to make ads spending public.

BJP is among the top Brands, Marketing Digitally on various platforms. 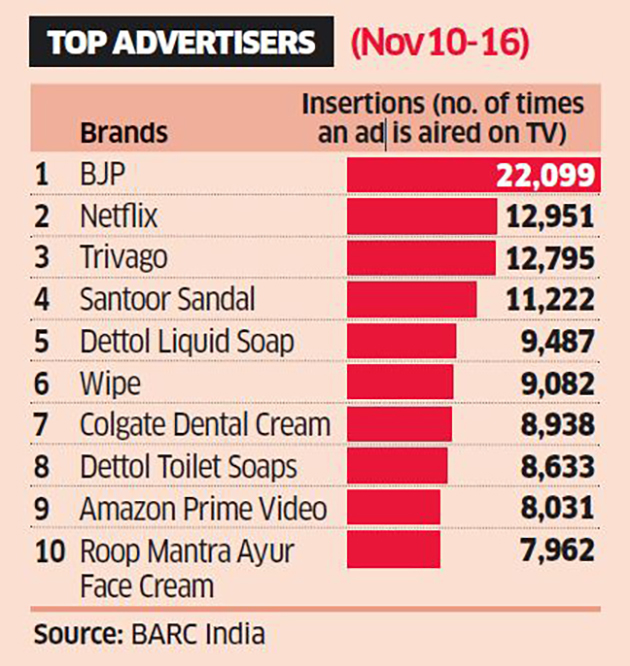 Digital Marketing Campaigns which you can learn from Narendra Modi

Following are the 5 highlights of Modi’s campaign:

1)      Personalized messaging: The message started with a personal salutation to the Twitter account holder. The message encouraged the user to cast his/her vote on the voting day but didn’t push him to vote for any particular party. The party brand elements were placed on the landing page, so there was no chance that the audience gave it a miss.

2)      Geo-targeting: Another striking factor of the campaign was its timing. The message was sent a day before the polling day, from where the user hailed. For example, if the user was from Mumbai (polling day: 24th April), he received the message a day before, i.e. 23rd April. This activity projects how efficiently the geo-targeting mechanism was put to use in the campaign.

3)      Influencer outreach: Not everyone was privileged to receive this personal message from NaMo’s official account. Only users who had a strong presence on the microsite saw this message in their inbox.

4)      Share it with others: The landing page had various tabs, wherein the user could share the page on various social platforms like Facebook and Twitter or could mail it to someone using Outlook and Gmail. Also, there was a provision to add the polling day as a reminder to the Outlook calendar, which many working professionals would have found useful.

So by this, it’s clear that Narendra Modi is a true Gem of Digital Marketing from which many of the digital marketers could learn and many politicians too.

What is email marketing with mailchimp services and strategy for: step by step

What is Digital Marketing?